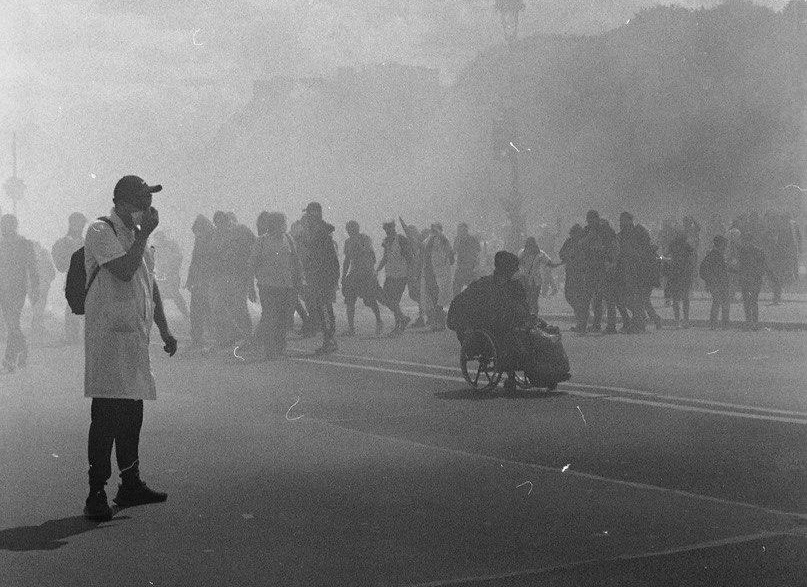 Last winter, France experienced the longest strike in its modern history. Launched in opposition to a pension reform project, the strikers’ demands very quickly joined the sectors already struggling in a deleterious socio-economic context: health, justice, university, transport, energy, arts, education and media converged in the streets with the gilets jaunes aka yellow vests that had been demonstrating and occupying roundabouts for more than a year.

Many alliances were formed: lawyers took up the song of the yellow vests, strikers from Radio France investigated a strike by cleaning women, queer collectives defended a striking bus driver fired for homophobic insult, even artists joined the procession, that preceded the unions in the streets and formed the majority of the demonstrations.

This social movement is a multitude that agrees on one thing: to get rid of Macron and his world. Only the containment due to the coronavirus will put an end to this political sequence, and the reform will finally be suspended.

This episode of Radia is a subjective attempt to put this moment in sound. Recordings made during demonstrations, sound creation and political reflections are mixed to illustrate the bubbling political atmosphere and sonic environment of this period.