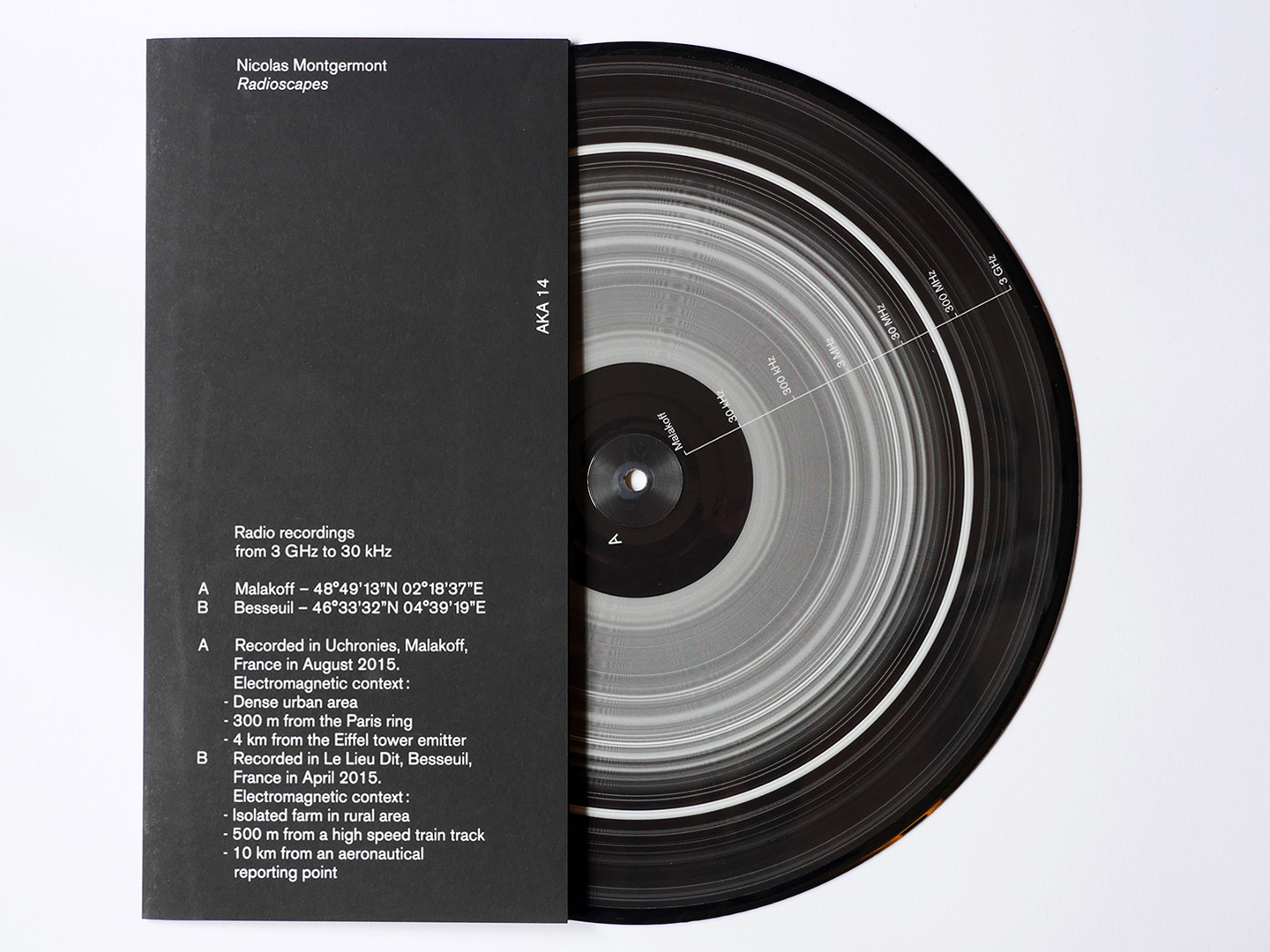 RADIO RECORDINGS FROM 3 GHZ TO 30 KHZ

Radioscapes is a record that invites the listener to discover the electromagnetic landscapes that surround us.

The two sides of the vinyl propose to listen and to observe two very different radio contexts: the Paris ring road (Side A) and an isolated farm in the French countryside (Side B). In each location, the whole radio spectrum was methodically recorded during a period of two weeks and then transcribed into a single audio track. On each side, an image representing the levels of the received frequencies is printed under the groove in synchronization with the sound.

Radioscapes is an exploration of existing artificial and natural signals. As the record rotates, the frequencies follow one another, as on a radio where the button would be slowly turned: one successively travels across Wi-Fi waves, mobile phones, hydrogen lines observed in astronomy, satellites exchanges, military and aeronautical communications, FM and AM radios, and thunderstorm interferences ...

The record is accompanied by a silk-screened booklet that brings together a text by astrophysicist Eric Chassefière detailing the physical properties of radio waves and their implementation in radio astronomy and the protocol used to carry out the recording of waves.

. Set up a wideband antenna with a radio receiver.
. Couple it with a decimetric antenna.
. Browse slowly frequencies from 3 GHz to 30 kHz.
. Do 76000 recordings of 3.6 seconds each.

. Cut a vinyl lacquer with constant groove distance.
. Print the picture on the disc.
. Press the sound. 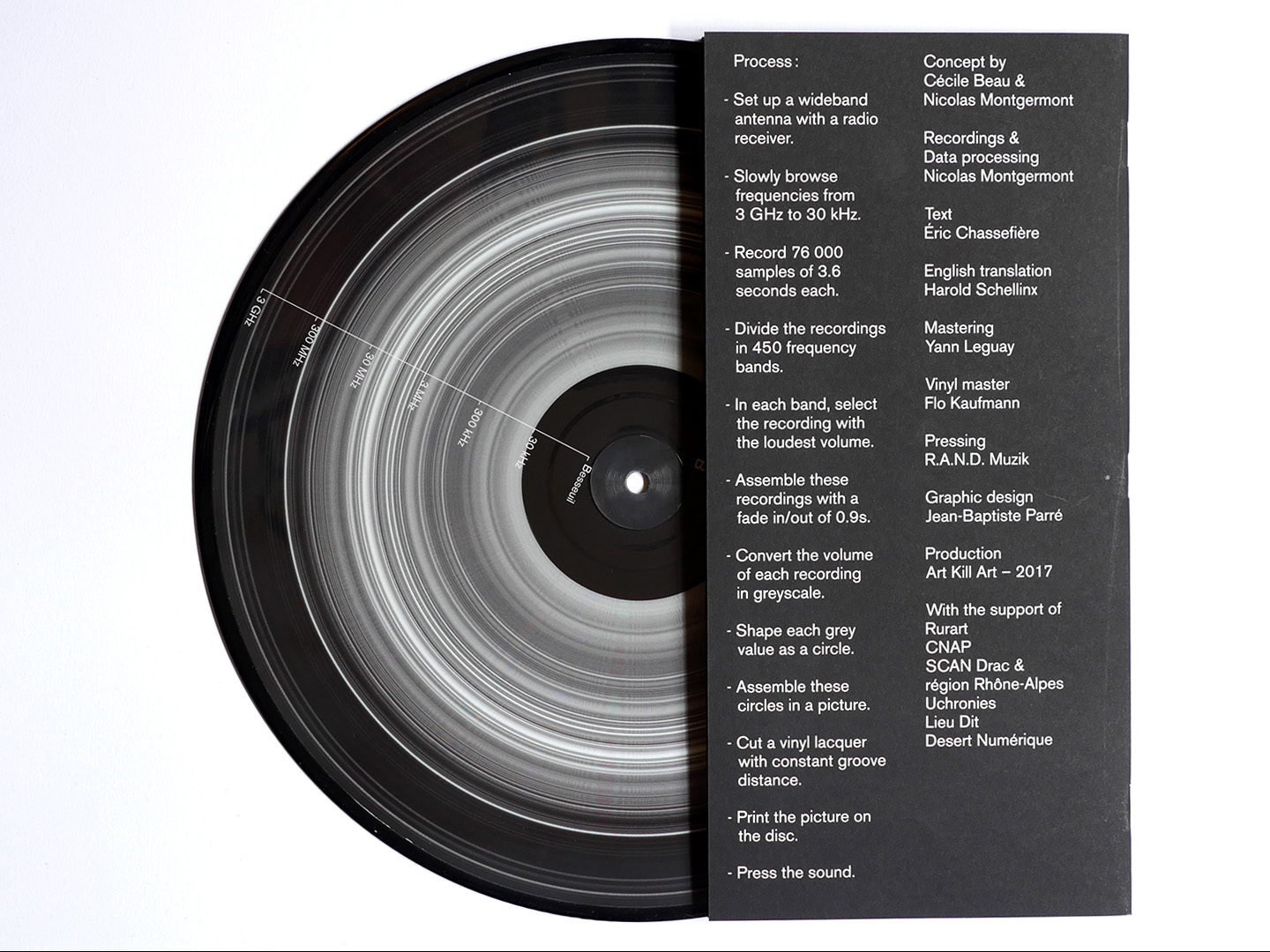 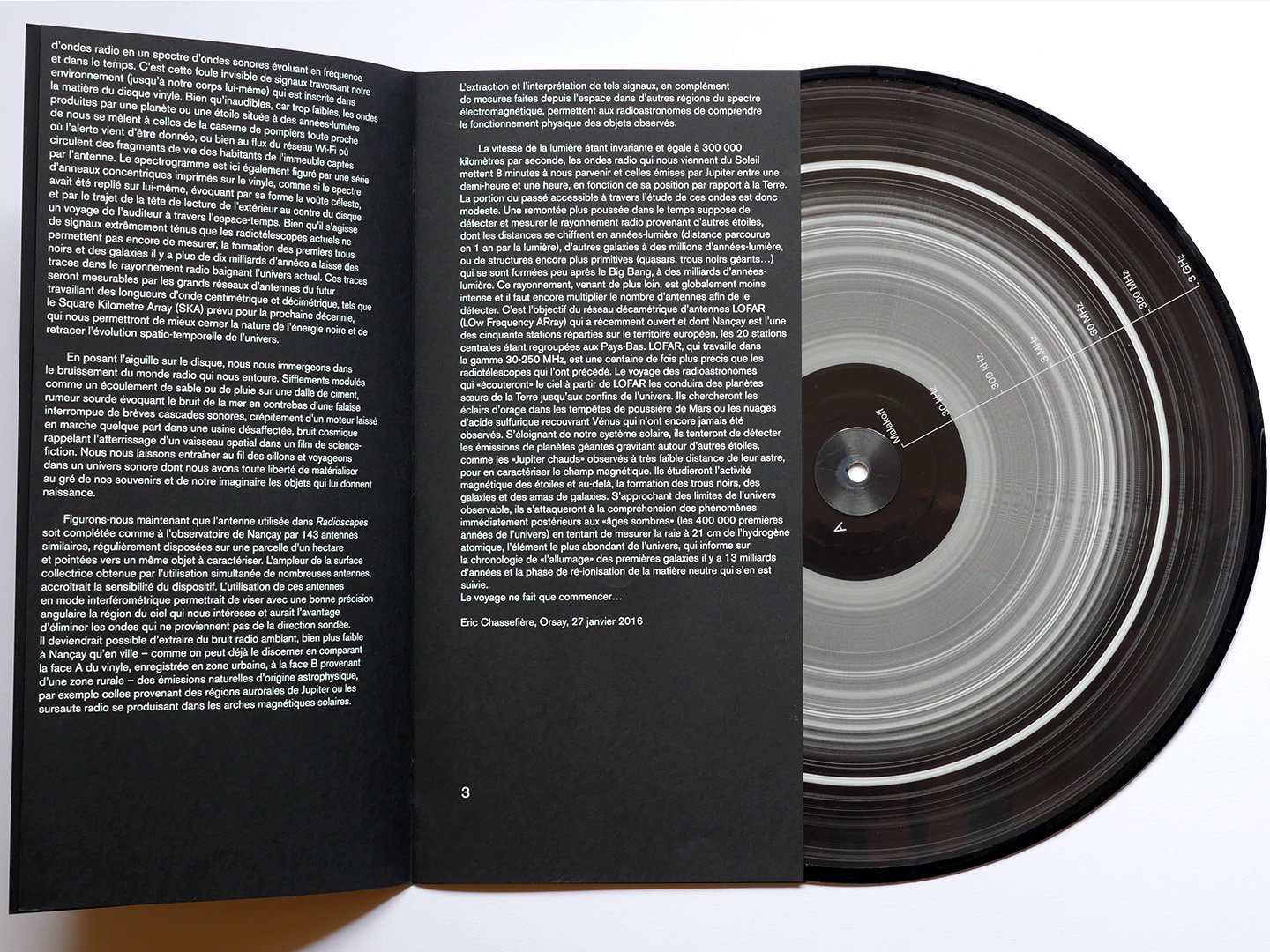 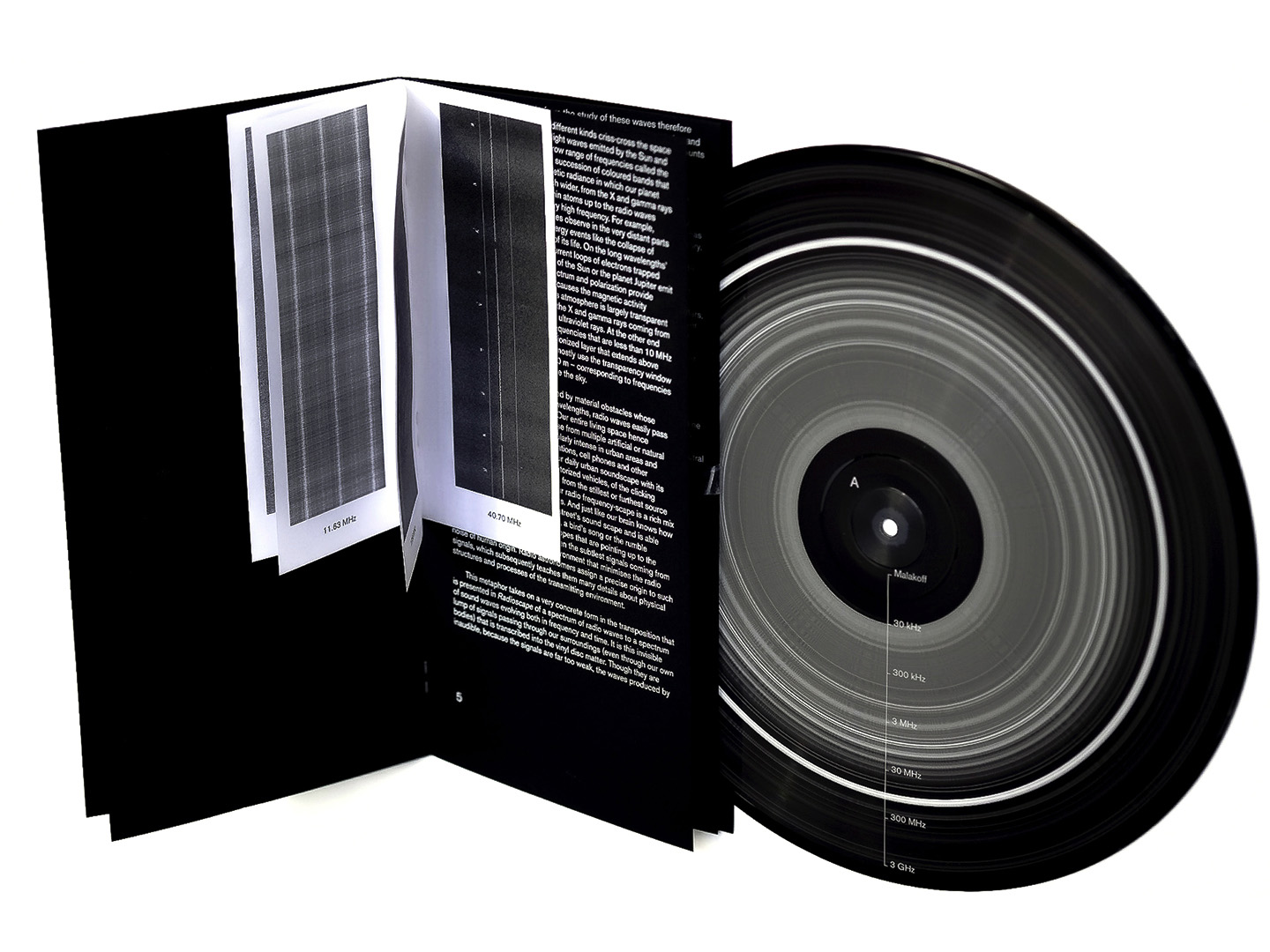 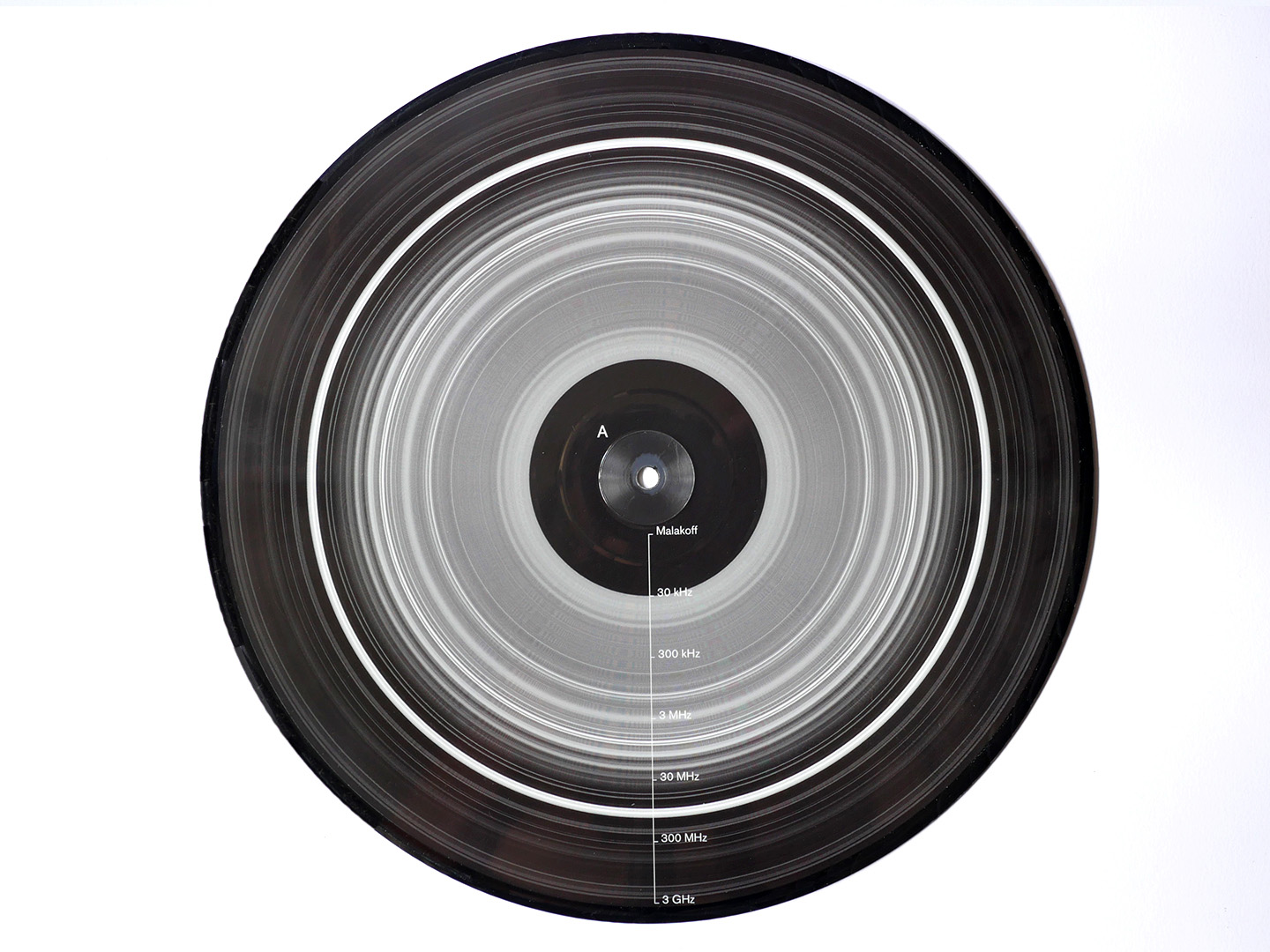 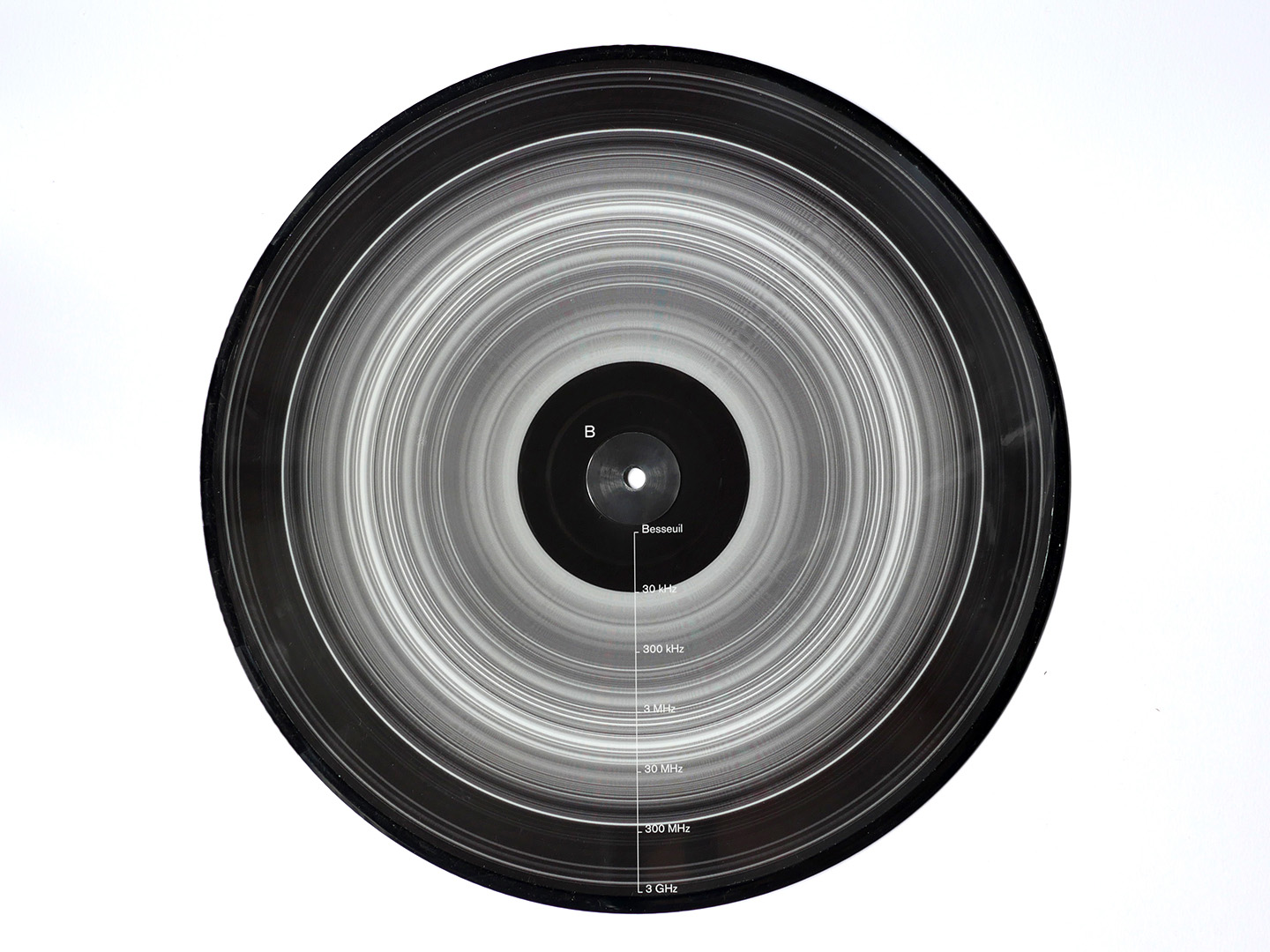 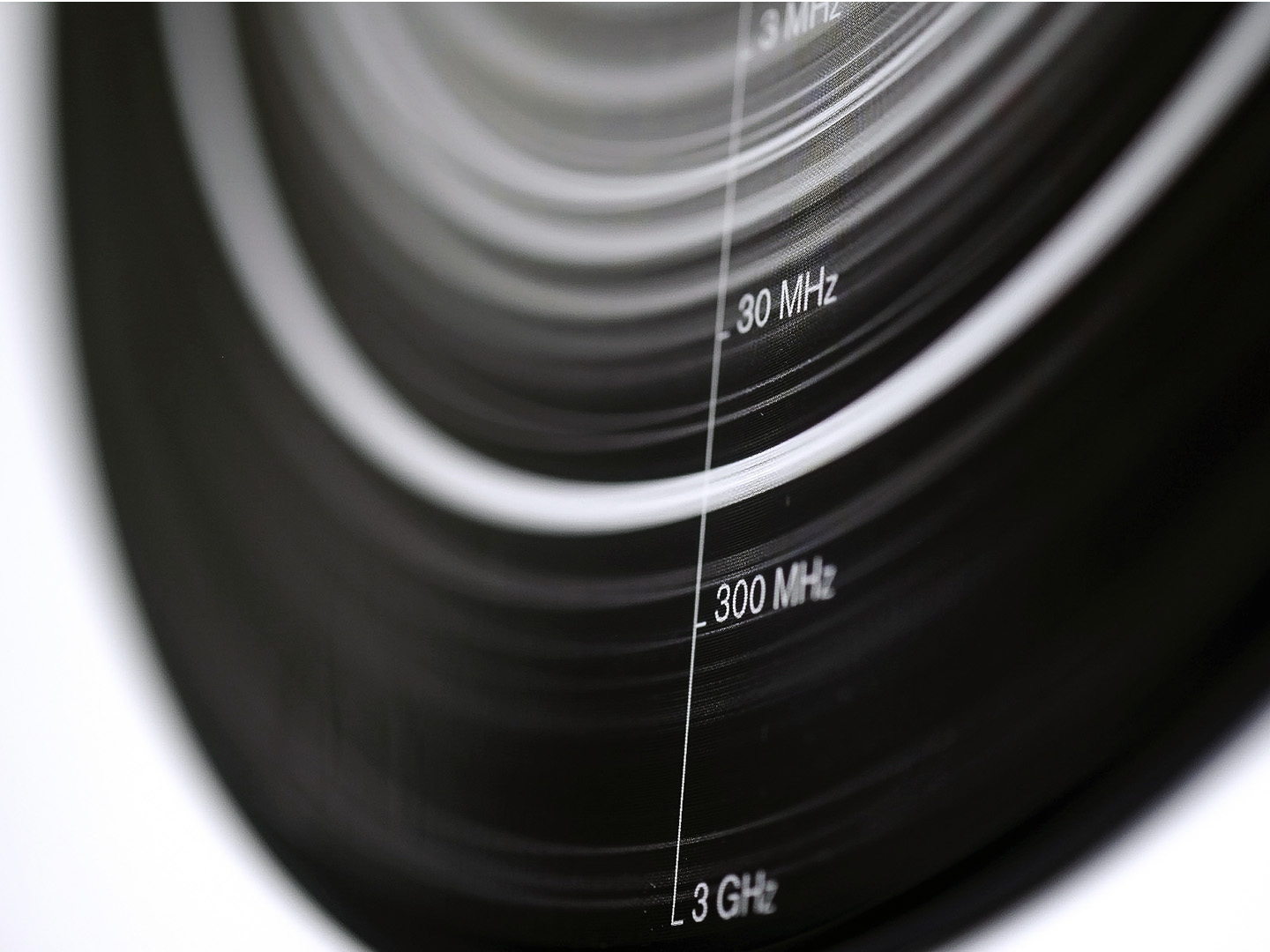 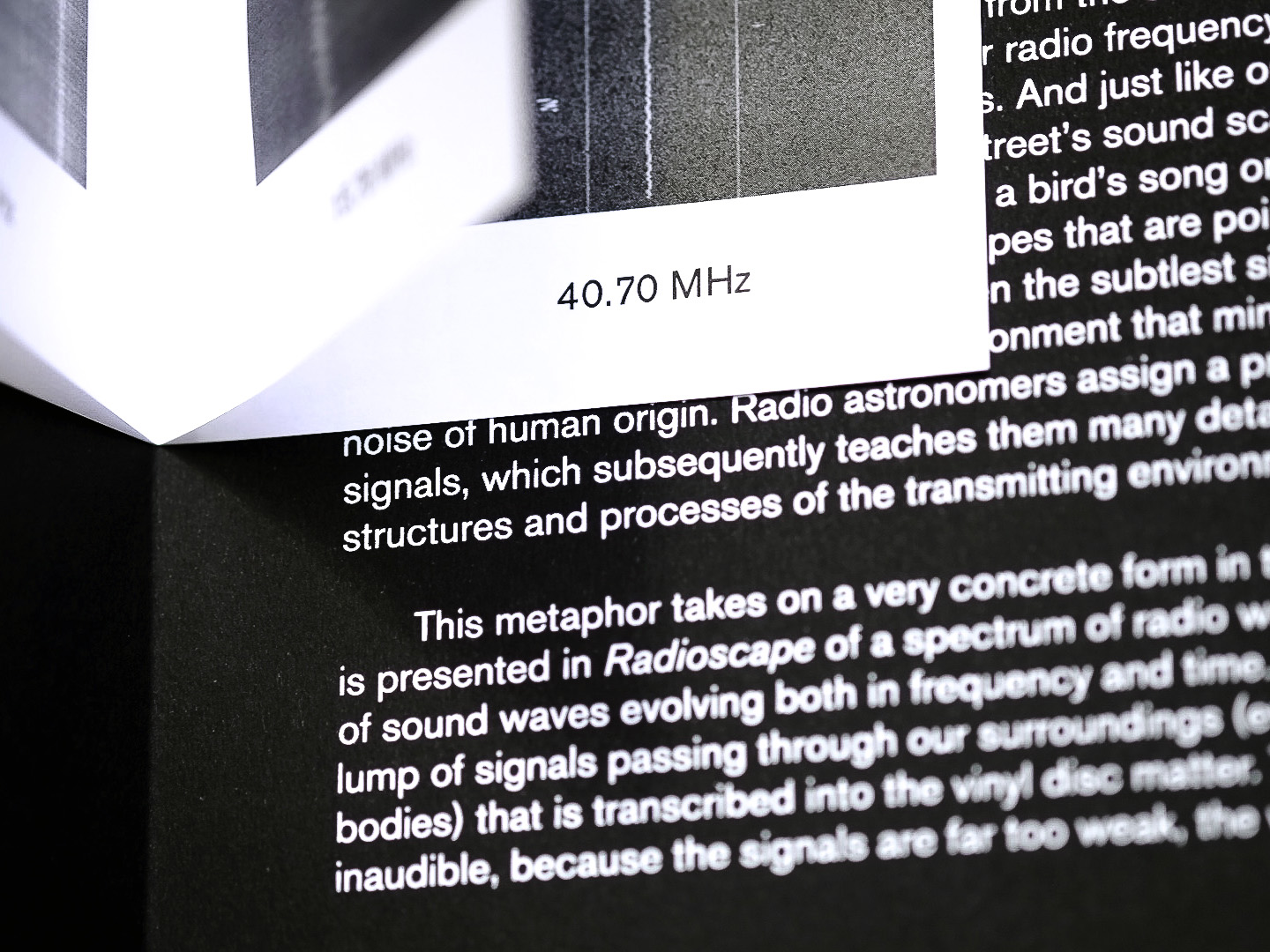