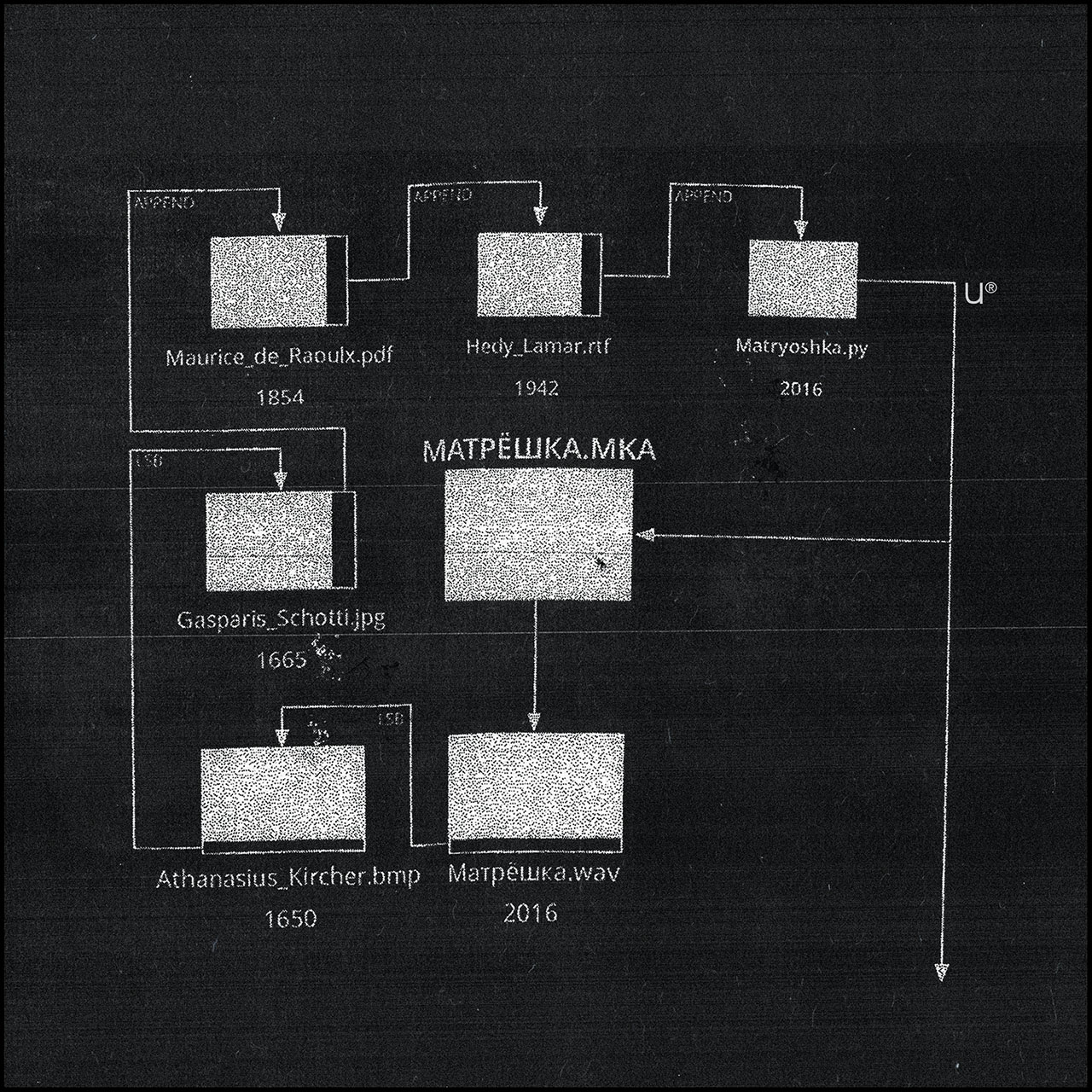 МАТРЁШКА is an improvised sound piece by BCK, recorded in March 2016 at the Ateliers Uchronies in Malakoff, France.

The sound is constructed through the confrontation of a modular synthesis system and digitally saturated sinusoidal waves that merge together as powerful frequencies. From this encounter between voltage-controlled modulation and digital synthesis, BCK seeks to build an acoustic space whose structure emerges and stabilizes progressively, according to the interferences and interactions between the sonic waves that confront, add up, or neutralize each other.

МАТРЁШКА is distributed as a .MKA (Matroska) file that explores audio-digital steganography techniques. Like Russian nesting dolls, the main sound file contains an hidden file that itself again contains another file, and so on, until the very last file, which contains the encoding/decoding software, specially made for the purpose of encapsulating all the data. One can retrieve the data and reconstruct the various files by analyzing the binary code, and by using Appending Insertion or LSB Steganography techniques.